I love a good old school car. In high school I used to dream about growing up and having an old school to go along with whatever newer car I had. I imagined that on the weekends when I was feeling extra fly at some dope event, I would ride my old school whip. Growing up in East St. Louis, I saw tons of Monte Carlos, Camaros, Chevelles, etc. And they were big and boxy and metal-y and all that. I thought, how cool would it be if I got a spray painted mural on the hood of the car with the Arch and some other extra-as-hell saying that let people know that I was from the east side of St. Louis. (If you don’t already know, St. Louis and East St. Louis, although they are literally only separated by a river, are two different things and in two different states.)

The pride that I have from being raised in that city will never go away. So when I saw this powder blue car, all those memories I had as a kid just rushed right back. This one’s for my hood dreams and of course, East Saint….for life. 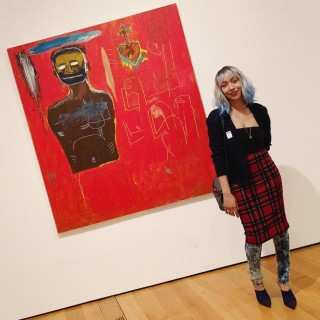